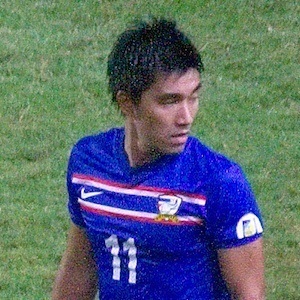 Also known as Aon, is a Thai footballer who is best known for his work with the club Suphanburi and for his playing of the Midfielder position.

He first began his career at a young age when in 1995 he became a part of the Stock Exchange of Thailand. After leaving in 1997, he joined the club BEC Tero Sasana in 1997. He would go on to play and appear in 45 games for the team and would later switch between a variety of clubs.

After his professional career, he began to manage a variety of teams in Thailand. In 2017, he became the assistant coach of Suphanburi.

As a member of the Thailand National Team, he is among the ranks of fellow player and team captain Teerasil Dangda.