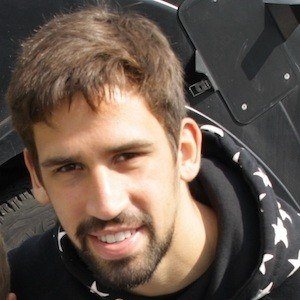 German midfielder who is famous for his Bundesliga career. In June 2017, he signed with FC Augsburg after having played for their rivals in the Bundesliga RB Leipzig.

His first youth academy club was TV Oeffingen. He later moved to VfB Stuttgart in 2005.

He led the Germany U-17 club to a third place finish at the 2011 U-17 FIFA World Cup. He earned caps with both RB Leipzig and RB Leipzig II.

His older brother is midfielder Sami Khedira. He has one other brother named Denny.

He and Koo Ja-cheol have played midfielder alongside each other for FC Augsburg.

Rani Khedira Is A Member Of