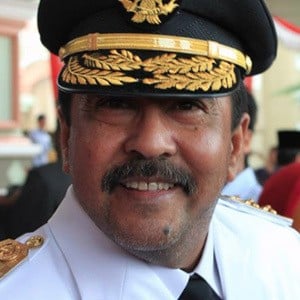 Indonesian actor and politician who is known for having served as Governor of Banten from 2015 until 2017 and for having been a member of the People's Consultative Assembly. He is also known for having starred in the 1979 feature film Gita Cinta Dari SMA.

He first started working as an actor at the age of ten. After appearing in several films and television programs, he entered into a career in politics in 2008 when he ran for deputy regent of Tangeranf.

He married Dew Indriati and together they have both a son and daughter.

She starred alongside Maudy Koesneadi in the 2018 feature film Si Doel the Movie.

Rano Karno Is A Member Of