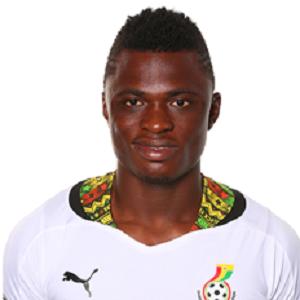 Center back who joined the Mamelodi Sundowns in 2013 and debuted for Ghana's national team in 2011.

He began his professional career with the Ebusua Dwarfs in 2010 after coming up through the club's youth system.

He was born in Cape Coast, Ghana.

He and Sulley Muntari became teammates on Ghana's national team.

Rashid Sumaila Is A Member Of