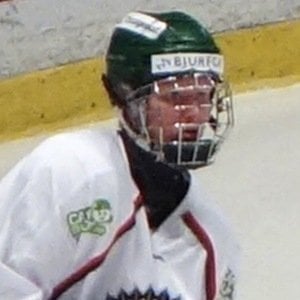 Defenseman who has played for Frölunda HC of the Swedish Hockey League. He is set to be a top pick in the 2018 NHL Entry Draft. He has more than 90,000 followers on her rasmusdahlinn Instagram account.

He was the youngest player ever to compete in the IIHF World U20 Championship at 16.

He played in the 2018 World Junior Ice Hockey Championships.

His father is Martin Dahlin. He grew up with both a younger brother and sister.

He and Johnny Oduya have both played in the Swedish Hockey League.

Rasmus Dahlin Is A Member Of