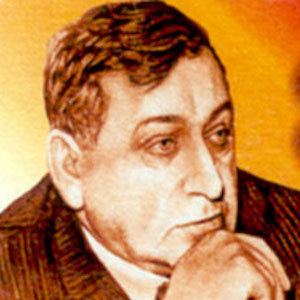 Azerbaijani writer who received the Laureate of Soviet State Award and the People's Poet of Azerbaijan honor.

He studied at the Soviet Cinematography Institute and at the Transcaucasus Communist University.

He served as Chairman of the Writers' Union of Azerbaijan in 1939.

His wife, , was also a writer.

His son, Anar Rzayev, grew up to be a famous fantasy author.

Rasul Rza Is A Member Of