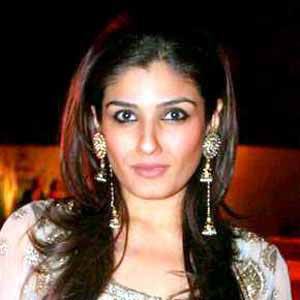 Indian actress and model who has starred in mostly Bollywood films and has received various awards, including 2 Bollywood Movie Awards for her work.

She studied at Mithibai College and decided to drop out after getting her first film role offer.

She was a chairperson of the Children's Film Society of India from 2003 until 2005.

She married Anil Thadani in 2004. The couple has four children: Rasha, Ranbir, Chhaya, and Pooja.

She was once engaged to actor Akshay Kumar .

Raveena Tandon Is A Member Of