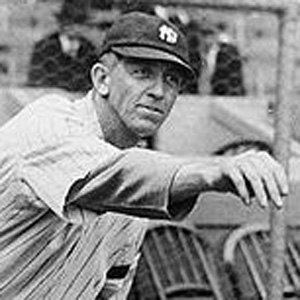 Talented pitcher for the New York Yankees who was known as much for his on-field prowess as for his off-the-field antics.

He joined the New York Yankees when they were still the Highlanders.

After a lightning strike knocked him unconscious for half an hour during the middle of a game, he decided to stay in the game upon regaining consciousness, recording the final out.

His stepfather was a telegrapher, and after his baseball career Ray followed in his footsteps.

He was named to the Kansas City Blues all-time team in 1948, along with Joe DiMaggio's brother, Vince.

Ray Caldwell Is A Member Of