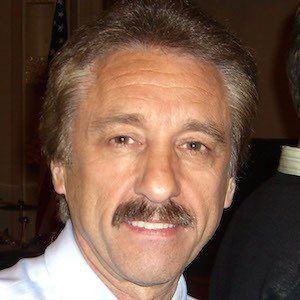 Author and evangelist known as the creator of Living Waters Publications and The Way of the Master ministries. This also included the long-running television series co-hosted with renowned actor Kirk Cameron.

Decades after he graduated high school, he eventually joined the pastoral staff of Southern California's Calvary Chapel. It was a few years later that he met Kirk Cameron.

He has published a number of books since his career began including Hell's Best Kept Secret, God Doesn't Believe in Atheists, and Evolution: A Fairy Tale for Grownups.

His mother was Jewish. At his birth, his birth certificate read Methodist because his mother feared a resurgence of the Nazi ideals of World War II.

He co-authored the 2012 book Hitler, God, and the Bible with novelist Tim LaHaye.

Ray Comfort Is A Member Of