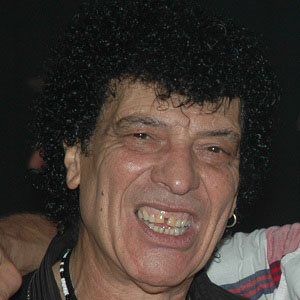 Famous for founding, fronting, and writing songs for the English rock band Mungo Jerry, he made major songwriting, singing, and guitar-playing contributions to the group's popular singles "Baby Jump," "Long Legged Woman Dressed in Black," "In the Summertime," "You Don't Have to Be in the Army to Fight in the War," and "Lady Rose."

In the late 1960s, he established a band called Good Earth, which was the precursor to Mungo Jerry. The group recorded an album titled It's Hard Rock And All That.

He originally wrote the Mungo Jerry hit "Feels Like Love" for American singer Elvis Presley; however, Presley passed away before he could record the track.

His three marriages produced a total of six children (two from each union). He married his third wife, Britta, in the mid 1990s and settled first in Germany and later in Bournemouth, England.

Ray Dorset Is A Member Of