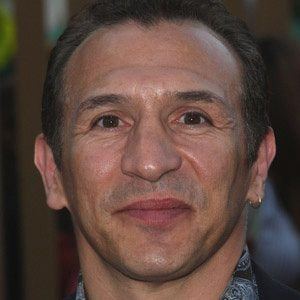 Boxer who won the Lightweight division championship and is referred to by the nickname 'Boom Boom.' He compiled a career record of 29-5.

His father was an established boxer.

In a 1982 match, he delivered a number of blows to the head of South Korean Duk Koo Kim and four days after the match, Kim tragically died due to brain injuries.

He married Carmen Consuelo Vazquez in 1990. His son became a cast member on the reality series Summer Break.

He was defeated by Hector Camacho in a controversial split decision finish in March, 1989.

Ray Mancini Is A Member Of