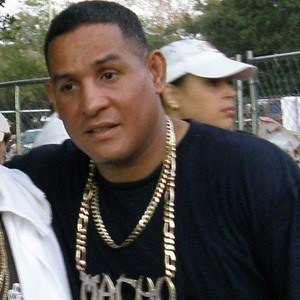 'Macho Camacho' held titles in three different weight divisions and was a popular reality show star. He compiled a career record of 79-6-3.

He got his boxing nickname as a teen, either from his father, his trainer, or his-coworkers.

He was killed in a drive-by shooting in his hometown of Bayamon, Puerto Rico.

He had three sons with Amy Torres.

Hector Camacho Is A Member Of