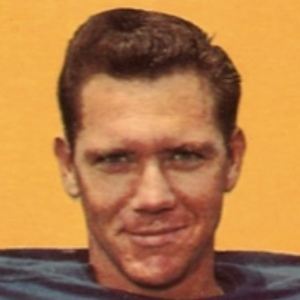 Won two NFL Championships with the Baltimore Colts in 1958 and 1959 and was elected into the Pro Football Hall of Fame in 1973.

His father was the coach of his high-school football team, but he didn't make his varsity start until his senior year.

In the 1958 NFL Championship Game, he set a record with 12 receptions that helped the Baltimore Colts defeat the New York Giants, 23-17.

He fathered three children with his wife, Sally.

He played against Frank Gifford in the legendary 1958 NFL Championship Game.

Raymond Berry Is A Member Of