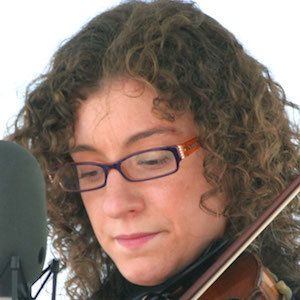 Classically trained violinist who earned renown as a fiddler and singer of old-time music. She has performed with groups called Freight Hoppers and Uncle Earl, as well as the dance company Rhythm in Shoes.

She started playing the old-time fiddle in 1994. She would attend and graduate from Warren Wilson College.

She was a featured performer at the Smithsonian Folklife Festival. She was a finalist at the Appalachian String Band Music Festival.

Her father Dan Gellert was a traditional fiddler and banjo player.

Rayna Gellert Is A Member Of