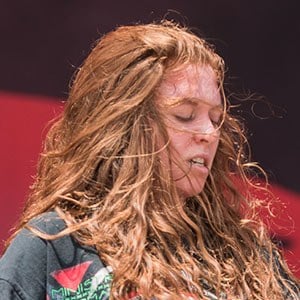 Guitarist and vocalist best known as a founding member of the American hardcore punk band Code Orange. Her band was nominated for a Grammy Award for Best Metal Performance for their album Forever.

She and two other members of Code Orange formed the punk band Adventures in 2012.

She was born in Pennsylvania.

Their song "The Hunt" features Corey Taylor of Slipknot fame.

Reba Meyers Is A Member Of