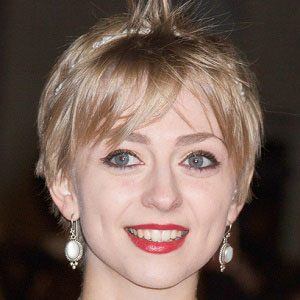 Vlogger and YouTube personality with a channel titled Beckie0 who became a spokesperson for Trichotillomania, a compulsive urge to pull out one's hair. She won the Speaking Out Award and was nominated for Mind's Digital Media Award for her online work.

She has been on YouTube since 2006, vlogging since she was 13 years old. It wasn't until 2009 that she started posting about her Trichotillomania affliction.

She took a photo of herself every day since she was 14 years old to record the progress of her hair loss. She graduated from film school in 2014.

She was born in Essex and resides in London, England. She has a sister. She frequently posts photos of her cat on Instagram.

She featured Molly Burke on her YouTube channel in a video titled "Meeting Motivational Molly."

Rebecca Brown Is A Member Of