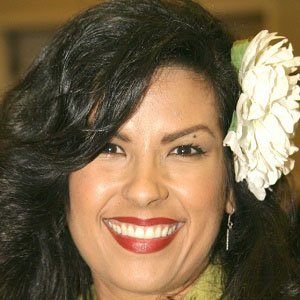 Notable for her 1994 solo album Nobody's Angel, she is also well known for her contributions to the soundtracks of the films Mulholland Drive and Southland Tales.

Early in her career, she performed on the soundtrack of the feature film Death Wish V: The Face of Death (1994).

An actress as well as a singer, she plays a starring role in the David Lynch-directed film Rabbits (2002).

Born and raised in San Diego, California in a family of Mexican and Spanish heritage, she later relocated to Nashville, Tennessee.

She is perhaps most famous for her song "Llorando," which is a Spanish cover of the Roy Orbison hit "Crying."

Rebekah Del Rio Is A Member Of