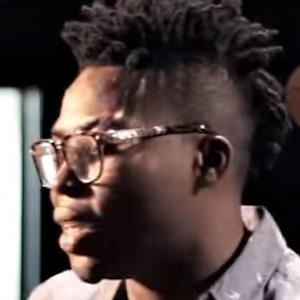 Afropop and hip hop recording artist and songwriter with notable singles such as "Turn It Up," "Dorobucci," "Adaobi," and "Arise."

He started recording songs in 2008. He previously went by the stage name Spicy before signing a deal with Mavin Records.

He was born Ayoleyi Hanniel Solomon in Lagos, Lagos State, Nigeria to a musical family. His father is a singer, his mother a dancer, his older brother a producer and his older sister a gospel singer.

Reekado Banks Is A Member Of