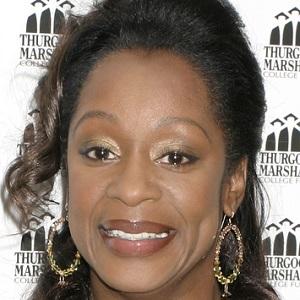 Grammy Award-winning singer who sang "A Whole New World" with Peabo Bryson for the animated Disney film Aladdin. She also released singles like "So Many Tears" and "Show Me the Way."

She attended Rutgers University where she developed her singing style.

She has performed several covers of the legendary Tony Bennett.

She married former NBA player-turned-pastor, John Battle. They have five children together.

She has toured with Ray Charles .

Regina Belle Is A Member Of