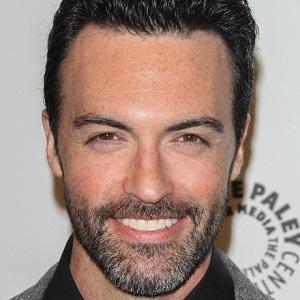 Actor who has won critical acclaim for his role as Dan Egan on the Emmy-winning HBO comedy series Veep. He previously starred as Brendan "Brando" Dorff on the TBS sitcom My Boys from 2006 to 2010.

He attended Syracuse University before landing small roles on series like That 70's Show and What I Like About You.

He is an avid guitarist and has produced music for the blues-funk band Get Licious.

He married Elspeth Keller in June 2014; they are parents to sons named Conrad and Damon. He was previously married to Lisa Petrazzolo from 2004 to 2007.

He began acting alongside Julia Louis-Dreyfus on the hit series Veep in 2012.