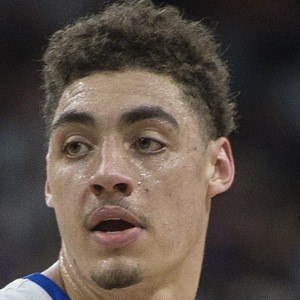 American basketball power forward who became a key player for both the Stanford Cardinal and the University of Kentucky Wildcats. He was a two-time first-team All-Pac-12 selection and an NIT champion during his college career.

In high school, he was ranked among the nation's Top 50 players by ESPN, Scout and Rivals.

He was coached by John Calipari as a member of the Wildcats.

Reid Travis Is A Member Of