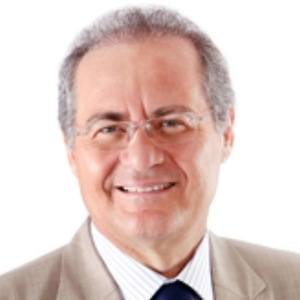 Brazilian politician who has gained fame as the President of the Federal Senate. He has represented the state of Alagoas as a member of the Brazilian Democratic Movement Party.

He has previously worked as a Minister of Justice and a State Deputy.

He accused fellow politician Dilma Rousseff of corruption in March 2016.

Renan Calheiros Is A Member Of