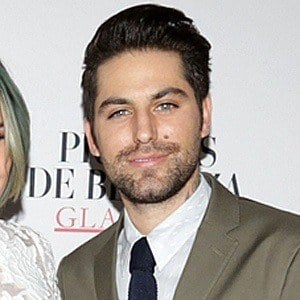 Late actor and television host known for his roles in films like El cielo en tu mirada and Macho. He also hosted a number of television shows including Vivo, Mun2, and E! Pop.

He began modeling and appearing in commercials at the age of six.

He was previously a guitarist for the American band The Prom Kings.

His sister, Denise Lopez, is a well-known Swedish singer and DJ. He was in a relationship with fashion blogger, Alexandra Ivanisevic for seven years. He was mysteriously killed in Mexico in 2016.

Renato López Is A Member Of