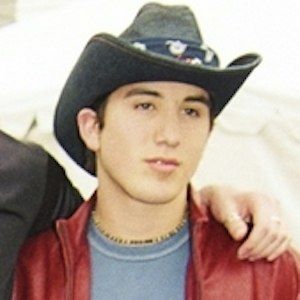 Lead singer of the California boy band No Authority. His band's song, "What I Wanna Do," was often played on Radio Disney in 1999 and 2000.

He and his band performed many local shows before being signed to MJJ Records, Michael Jackson's label.

His nickname was Ricky G.

He was born to parents Alex and Debbie and grew up with a brother named Hondo.

He appeared in the drama American Dreams, a production by Dick Clark.

Ric Felix Is A Member Of