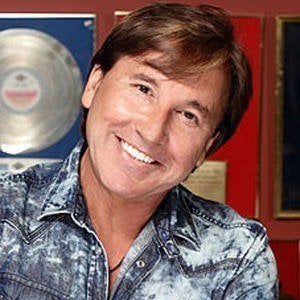 Prolific Argentinian-Venezuelan singer and songwriter who sold more than twenty million records worldwide. His most popular hit songs include "Tan Enamorados," "Déjame Llorar" and "Me Va a Extrañar." In 2019, he became one of the judges on the reality TV talent show La Voz.

After recording Platinum-selling hits with romantic pop songs, he changed styles and released an orchestral work and an album of boleros.

He was born Héctor Eduardo Reglero Montaner in the city of Avellaneda in Buenos Aires, Argentina. He moved to Venezuela with his family at an early age. He has four sons named Alejandro, Héctor, Mau and Ricky, and a daughter named Evaluna. He is married to Marlene Rodriguez Montaner.

Ricardo Montaner Is A Member Of