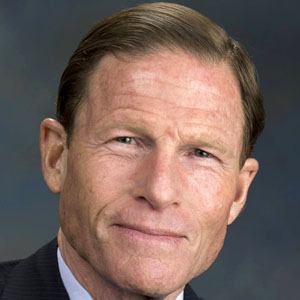 Politician and Democrat who became a US Senator from Connecticut in 2011. He was also the United States Attorney for the District of Connecticut from 1977 to 1981 and later the states 23rd Attorney General.

He earned his law degree from Yale, where he co-edited the Yale Law Journal.

As Connecticut's Attorney General, he negotiated a large settlement against tobacco companies and an end to tobacco advertising aimed at a children.

He has four children with his wife Cynthia.

Joe Lieberman is another well-known Senator from Connecticut.

Richard Blumenthal Is A Member Of