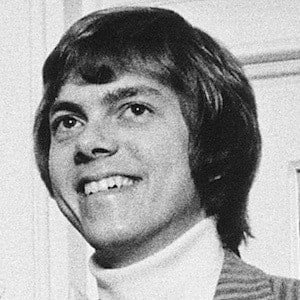 One-half of the musical duo The Carpenters who co-composed "Goodbye to Love" and "Only Yesterday," among others.

He studied music at California State University at Long Beach. His early groups consisted of Spectrum and The Richard Carpenter Trio.

His sister's struggle with anorexia greatly affected him, even contributing to his abuse of Quaaludes.

His sister Karen Carpenter was the other member of The Carpenters.

Richard Carpenter Is A Member Of