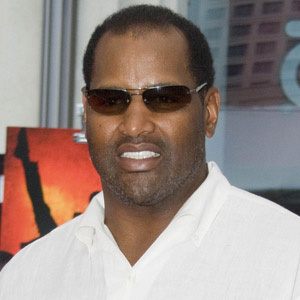 He was drafted in the 8th round of the 1983 draft after playing college football for Tennessee State University.

He was a 5-time All Pro selection with the Chicago Bears.

He was briefly teammates with Steve Young on the San Francisco 49ers in 1994.

Richard Dent Is A Member Of