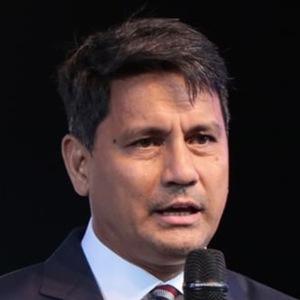 A popular actor, comic, and game show presenter who is best known as the host of The Family Feud Philippine Edition.

After briefly working at McDonalds in his early years, his career in modeling took off and he started his journey into the entertainment field.

His mother was the popular 1960's movie actress from The Philippines, Stella Suarez.

He married actress, dancer and model Lucy Torres in 1998 after the two met in 1993, while modeling for Lux Shampoo. They have a daughter named Juliana.

He and Steve Harvey both have hosted a version of The Family Feud.

Richard Gomez Is A Member Of