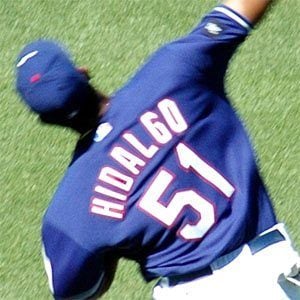 Former outfielder who played the majority of his 8-year career with the Astros before ending it with the Texas Rangers in 2005.

He made his MLB debut with the Houston Astros in 1997.

He had his breakthrough season with the Astros in 2000, hitting 44 home runs while adding 122 RBIs.

He was teammates with Craig Biggio on the Houston Astros from 1997 to 2004.

Richard Hidalgo Is A Member Of