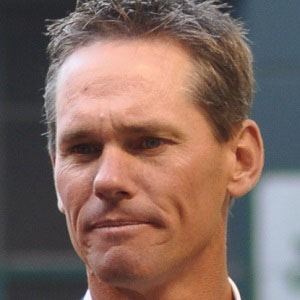 Former MLB second baseman who was a 7-time All-Star and the first player in Houston Astros history to collect 3,000 hits in his career. In 2015, he was inducted into the Baseball Hall of Fame.

He turned down football scholarships after high school in order to continue playing baseball.

He retired with the fifth most doubles in MLB history, 668.

He had three children, Conor, Cavan, and Quinn, with his wife Patty.

He played alongside good friend and teammate Jeff Bagwell for many years on the Houston Astros.

Craig Biggio Is A Member Of