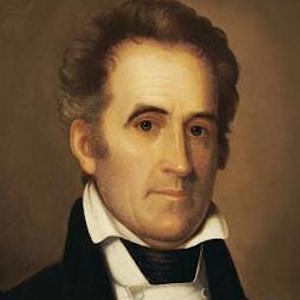 Vice President under Martin Van Buren from 1837 to 1841. He was the only VP to be elected under the prerogatives of the Twelfth Amendment.

He gained popularity for killing the Indian chief Tecumseh, and used that as the basis for his political platform.

He scandalized the nation by marrying one of his slaves and then proposing an expedition to the North Pole to drill into the earth and prove it's hollow.

He openly treated his African American slave as his common law wife and gave their children his surname. This was very rare for the time.

Because he was attracting so much negative attention, Martin Van Buren decided to run for re-election without him.

Richard Mentor Johnson Is A Member Of