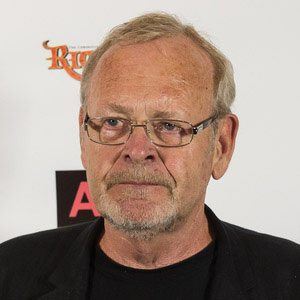 He was born on a dairy farm in Pennsylvania to an Irish mother and a Channel Islands-native father. He moved to England in 1974 to pursue his acting career.

He established a production company called Three Rivers Productions and also worked as a television writer for several British series.

He was originally cast in director Brian DePalma's 1976 horror film, Carrie, but he had to decline the role after production on the movie was delayed.

Richard LeParmentier Is A Member Of