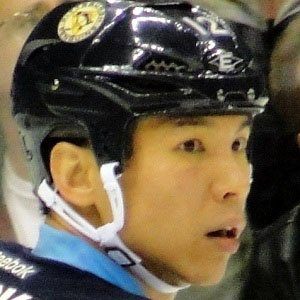 Korean-American retired hockey player who played for teams like the Minnesota Wild and New York Islanders during his fourteen NHL seasons. He won the Bob Nystrom Award as member of the Wild in 2008.

He moved to California at age three and moved to Ontario, Canada at thirteen, where he played in the Greater Toronto Hockey League.

He is just the second Korean-born player ever to play in the NHL.

He married a woman named Devyn.

He was teammates with center Jim Dowd in Minnesota.

Richard Park Is A Member Of