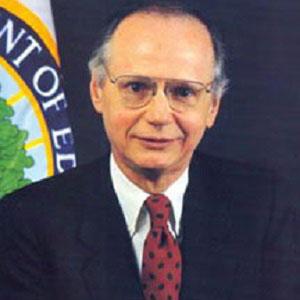 After serving two terms as Governor of South Carolina, this Democratic Party politician became the sixth United States Secretary of Education, an office he held during the administration of President Bill Clinton.

In the early 1990s, then-President Bill Clinton considered appointing Riley to the U.S. Supreme Court; however, Riley refused to accept the nomination, and the honor was instead conferred upon Ruth Bader Ginsburg.

He grew up in Greenville, South Carolina, as the son of Edwin and Martha Riley. His marriage to Ann Yarborough resulted in four children.

Richard Riley Is A Member Of