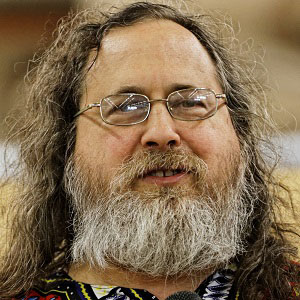 Famous for championing free software, this computer scientist and activist established both the Free Software Foundation and the GNU free software project. He is also notable for introducing the idea of "copyleft" (a practice by which software and its modifications are distributed free of cost).

After earning a bachelor's degree in physics from Harvard, he studied computer programming at the Massachusetts Institute of Technology (MIT).

A popular speaker, he delivered lectures titled "Copyright and Community in the Age of Computer Networks" and "The Dangers of Software Patents."

The son of printer Daniel Stallman and teacher Alice Lippman, he grew up in New York, New York.

Linux kernel developer and free software advocate Linus Torvalds spoke out against what he believed to be Stallman's overly simplistic, harmful approach to promoting free software.

Richard Stallman Is A Member Of