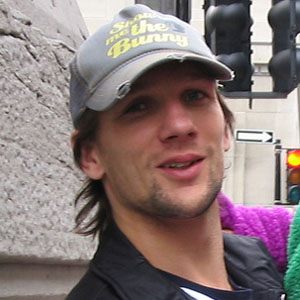 Right wing who played for the Washington Capitals, Montreal Canadiens, New York Islanders, and Florida Panthers in a career stat spanned from 1995 to 2009.

He is best known for miraculously surviving a freak injury in which a teammate accidentally cut his carotid artery with his skate.

He was married to actress Jessica Welch from 2005 to 2009, and the couple had one child together.

On March 13, 2001, he was traded to the Montreal Canadiens as part of a package deal that sent Trevor Linden to the Capitals.

Richard Zednik Is A Member Of