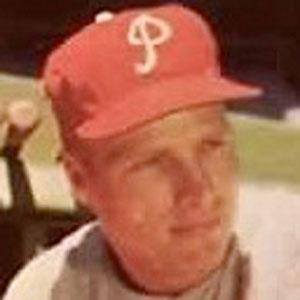 Hall of Fame center fielder who was a 6-time All-Star and 2-time National League batting champion. He became a longtime sports broadcaster after retirement.

He was nicknamed Putt-Putt by Ted Williams.

His #1 Jersey was retired by the Philadelphia Phillies.

He married his girlfriend Herberta at the end of the 1948 season.

He was inducted into the Baseball Hall of Fame during the same ceremony as Mike Schmidt.

Richie Ashburn Is A Member Of