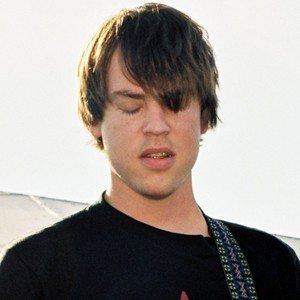 Bassist and one-fourth of the punk rock band Jimmy Eat World. They are best known for their hit single "The Middle," which reached #5 on the Billboard Hot 100 chart and gained significant airplay on major networks.

He replaced the band's original member, Mitch Porter two years after the band formed in 1995.

Their most well-known album, Bleed American had four singles land in the top 20 of the Hot Modern Rock Tracks chart.

He and his band members are all from Mesa, Arizona.

He was friends with guitarist Tom Linton prior to joining Jimmy Eat World in 1995.

Rick Burch Is A Member Of