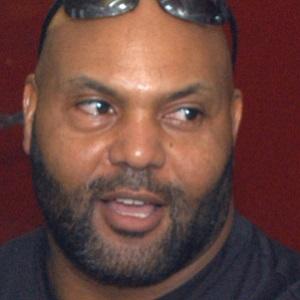 Linebacker who played in the NFL from 1984-1990 for the Denver Broncos, Phoenix Cardinals, and Los Angeles Raiders.

He was a superstar at the University of Arizona, where he became the school's first consensus All-American and the first College Football Hall of Fame inductee.

Following his playing days he became a coach, making his debut in 1992 as a graduate assistant at USC, and making his NFL debut a decade later as a defensive line coach.

He married Camille Hunley, and has two children with her.

His second time as an All-American - in 1983 - he was named a linebacker alongside Ron Rivera.

Ricky Hunley Is A Member Of