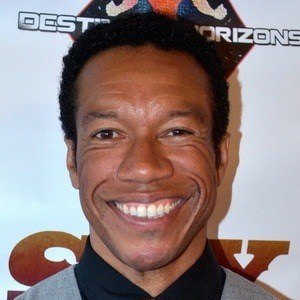 Actor visible on both the big and small screen, he first became known for his appearances on soap operas like The Bold and the Beautiful and Days of Our Lives. He has also had guest roles on Young & Hungry, The Fosters, and Grey's Anatomy, amongst other shows.

His acting career began in third grade when he saw a performance of the Wiz and fell in love. By the time his family moved to Berkeley, California, he'd begun performing in indie films and theatre productions.

He has had roles in several popular feature films including Star Trek and So I Married an Axe Murderer.

He is the oldest of eleven of his mother's children and the third of four through his father.

Guest starring on Young & Hungry, he appeared alongside Emily Osment and Jonathan Sadowski.

Rico Anderson Is A Member Of