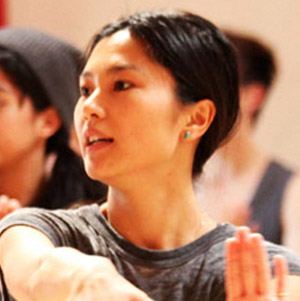 Known best as a contestant in Season 3 of the reality talent competition America's Best Dance Crew, this Japanese-born choreographer and dancer worked for South Korea's SM Entertainment company, choreographing numbers for such popular bands as Super Junior and Girls' Generation.

She moved to Los Angeles to pursue a career as a dancer and choreographer and quickly worked with Janet Jackson, Britney Spears, and Gwen Stefani.

She and her all-female Beat Freaks dance troupe finished in the runner-up position on America's Best Dance Crew.

She served as the choreographer for the South Korean R&B boy band, Shinee, which featured Onew as its lead vocalist.

Rino Nakasone Razalan Is A Member Of