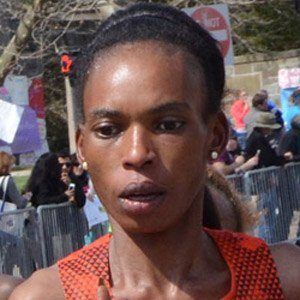 Marathon runner from Kenya best known as a multiple-time winner of the Boston Marathon. She set an all-time record at the marathon in 2014 with a time of 2:18:57.

She won her first-ever marathon, the 2004 Stockholm Marathon.

She briefly retired from running in 2008 to have a child but returned in full force in 2011.

She and Catherine Ndereba have both won the Boston Marathon several times.

Rita Jeptoo Is A Member Of