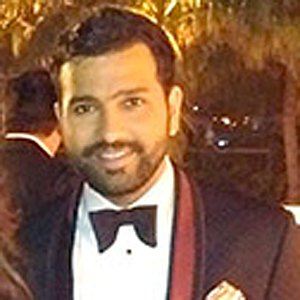 Social media star grown popular on Instagram, this internet sensation rose to fame as the wife of cricketer Rohit Sharma. She has earned over 2.2 million followers on her ritssajdeh Instagram account.

Friends since 2009, she and Sharma became engaged in 2015 and were married later that same year.

She has worked as a sports manager.

She has one brother, Kunal Sajdeh. She is also related to celebrity manager Bunty Sajdeh.

Both her husband and Zaheer Khan have played for the Mumbai Indians cricket team.

Ritika Sajdeh Is A Member Of