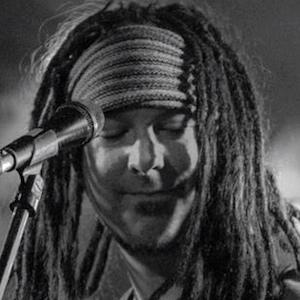 Frontman and guitarist for the group Dorje, who is also the founder and owner of Chapman Guitars. He is a demonstrator for Andertons Music and is well known for his popular YouTube channel, RobChappers.

He graduated from The Institute of Contemporary Music Performance in 1995. He started building his YouTube channel in 2007.

His channel features guitar lessons, gear reviews, and demonstrations. He has amassed over 700,000 subscribers since its inception.

He was born in St. Pancrass London, England and raised in Brighton. His wife's name is Natassja; they have a son together.

In July 2011 he ran his own guitar festival called MonkeyFest, which was headlined by the likes of Guthrie Govan and Andy James, among others.

Rob Chapman Is A Member Of