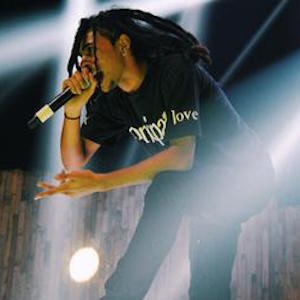 Rapper who rose to fame for his debut commercial release, Year of the Savage, in October 2015. He released his first mixtape, titled Calendars, in 2012, then followed it up with Tha City in 2013. He's grown incredibly popular on the music sharing site SoundCloud, with tens of thousands of dedicated followers.

In his youth, he sold drugs to support his family. He loved rap at an early age, but was discouraged to practice it due to its poor reputation.

Some of his popular singles include "Practice," "All the Way Live," and "Ice Cold."

He was born Richard O'Neil Burrell in Brooklyn, New York. He is well known as the son of reggae artist Shaggy and his wife Rebecca Packer. At six, he and his mother moved to Florida.

He and Chris Travis collaborated on the song "Solid."

Robb Bank$ Is A Member Of