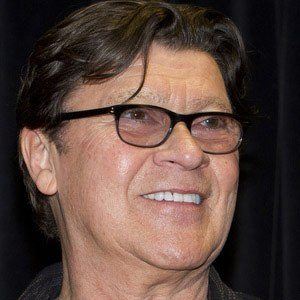 Guitarist and singer-songwriter with the rock group The Band who wrote songs like "The Weight" and "Up on Cripple Creek."

He performed his music at local clubs. One of his first groups was called Little Caesar and the Consuls.

He had a brief role in the film Carny with Gary Busey.

He helped produce an album for Neil Diamond.

Robbie Robertson Is A Member Of