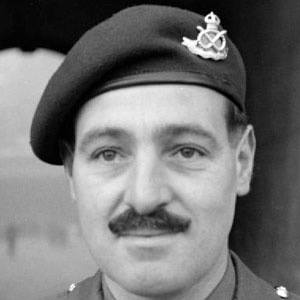 British Army Major who was awarded the prestigious Victoria Cross in 1944.

He joined the Territorial Army at age nineteen and also worked for a time for the Shell oil company.

He was the first recipient of the Victoria Cross to hail from the Isle of Man.

He had one daughter, Frances, and later became the father-in-law of English journalist, .

He and David Lord were both recipients of the Victoria Cross.

Robert Henry Cain Is A Member Of