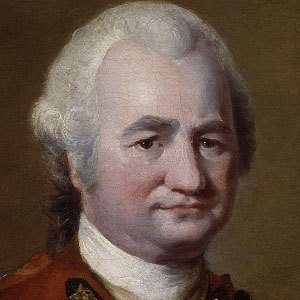 Nicknamed "Clive of India," this British Army officer and adventurer was one of the main architects of British-ruled India. He served as a British East India Company Governor of Bengal and later became a Member of Parliament.

He began working for the East India Company and made his first trip to India in the mid 1740s.

His addiction to opium likely played a role in his early death.

He was born in Shropshire, England, to Rebecca Gaskell Clive and Richard Clive. His marriage to Margaret Maskelyne produced nine children, including Edward Clive, 1st Earl of Powis.

He and Warren Hastings were both key figures in the establishment of British India.

Robert Clive Is A Member Of