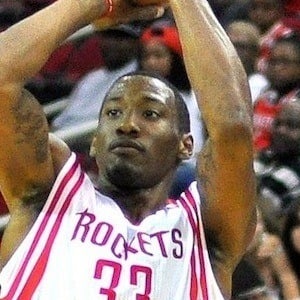 Small forward/shooting guard who joined the Philadelphia 76ers during the 2014 season after a brief stint with the Houston Rockets. He signed a 4-year deal with the 76ers in 2017, then was traded to the Minnesota Timberwolves in 2018. He returned to the Rockets after a blockbuster trade during the 2019-20 NBA season.

He played his collegiate basketball at Tennessee State from 2009 to 2013. During his debut 2013-2014 season in the NBA, he played extensively in the D-League with the Rio Grande Valley Vipers.

He was born and raised in Bellwood, Illinois.

He has played forward alongside Jahlil Okafor for the Philadelphia 76ers.

Robert Covington Is A Member Of